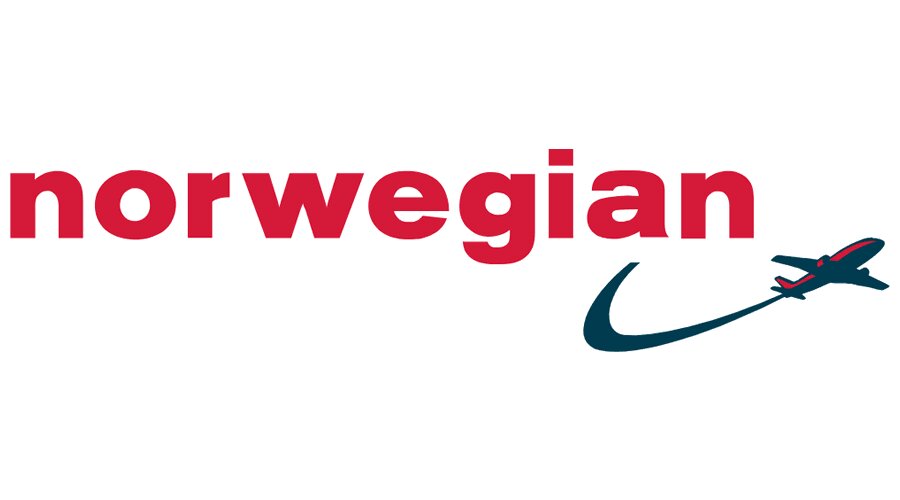 In the European airline industry, Norwegian Air is among the best. Nevertheless, this does not suggest that it does not have cases of flight delays or cancellation. These instances are a result of management control, while others are beyond their control.

If the canceled flight that has been done without you getting notified at least two weeks before your departure date, delayed for a period of more than 3 hours or your flight was canceled, you can get not more than €600 from the Norwegian Air, according to the EC Regulation 261/2004.

According to the EC Regulation 261/2004, the passenger is eligible for refund or reimbursement from this airline if the flight delay goes beyond 3 hours, missed connection, denied boarding because of a flight delay, changes in flight routes, or for mechanical and technical issues, which the airline can solve.

If you want assistance in claiming flight delay compensation, contact us, indemniflight.com. We have claim experts who can assist you and ensure that you get the right reimbursement from the airline. All that indemniflight.com requires of you is the Norwegian flight details. Also, you can use our compensation calculator to determine the amount of reimbursement you are likely to get. On the calculator, just enter the date of the journey and the flight number. Indemniflight.com, at the right time, assists in ensuring that you get your reimbursement from the Norwegian Air for flight cancellation, delay, or reschedule.

Norwegian Air is always referred to as “Norwegian” (this is the airline’s trade name). It is situated in Scandinavia. In Europe, it is among the largest airline in relation to low-cost carriers. Also, it is the top ten airlines in Europe based on the passenger traveled. ‘DY’ is the IATA code of this airline. In January 1993, the Norwegian Air was founded by employees of Busy Bee with the intention of taking over the services being offered by the regional airline with 50 employees; though, today, the airline has more than 5,500 workers.

The largest base of Norwegian Airlines is at the Oslo Airport. Other bases are situated at Madrid, Tenerife, Copenhagen, Helsinki, London Gatwick, Gran Canaria, Alicante, and Barcelona.

In relation to fleet size, this airline has not less than 140 aircraft. For short-haul flight services, they use 103 aircraft (Boeing 737-800). They also use 787 Dreamliner, 22 aircraft, for long haul flight services. There are 6 Boeing 737 MAX 8 planes, which are designed using the advanced winglet technology.

Norwegian Air has been offering flight services for more than 3 years, though, worldwide, it assumed to be amongst the airlines. It has 150 destinations and uses 500 routes to serve 35 nations in 4 continents (Asia-Middle East, Africa, North America, and Europe).

Though it has several destinations, Europe is known for having the most destinations because of the typical and domestic business, together with leisure activities. The Norwegian Air’s busiest routes include Oslo to Trondheim and Oslo to Bergen and it has about 15 round trips each day.

Technical issues and heavy air traffics can cause Norwegian flight cancellations or delays. Long haul flights were being delayed for up to 15 hours, till 2014. This issue was criticized by both media and passengers alike.

If you experience any issue such as canceled flight, reschedule, or delay of flight, because of oversold air tickets, or even miss connecting flights, the Norwegian ought to compensate for that. From the airline, you can get reimbursement of not more than €600, in relation to the EC Regulation 216/2004.

For flight delay, which exceeds 2 hours, there is ‘Right to Care’ law that allows the passenger to make 2 free calls, emails, or faxes. Also, the airline gives the passenger food coupons or vouchers for food and offers free hotel accommodation and transport in care of overnight flight delay, in addition to facilitating how passengers’ luggage will be kept.

From all EU airports, the EC Regulation 261/2004 is applicable for all passengers who are departing. It is also used for passengers using the EU airlines to the EU destination, though from non-EU airports.

Nevertheless, it is important that the passengers ought to know that they can claim reimbursement for flight delay, reschedule or cancellation under certain exceptions and conditions. Flight delay, reschedule or cancellation caused by extraordinary circumstances cannot be compensated. This is because such circumstances are assumed to be uncontrollable. Such circumstances include pilot strikes, extreme bad weather conditions or security issues related to the terror attack.

For Norwegian Airlines’ passengers with a cancel flight case or rescheduled or delayed without prior notice, they can get reimbursement of not more than €600. The reimbursement is given in relation to the distance you were to travel or you are traveling outside and within Europe, in addition to the duration of the delay. The delay must not be less than 3 hours.

Between the EU and Non-EU Airports

Are You Eligible To Claim Flight Delay, Reschedule & Cancellation Compensation?

The European Regulation, EC Regulation 216/2004 is only applicable to the EU air passengers. Nevertheless, even a non-EU citizen can claim compensation for a delayed flight. This suggests that reimbursement can be claimed on a flight that is departing from (with any airline), or even arriving in the EU airports (though it must be EU airline).

When to Claim Compensation ?

Some people do not know whether they are qualified to claim reimbursement or not. According to EC Regulation 261/2004, you can claim compensation from this airline if the flight delay is a result of flight failure, airport delay, flight failure or even major issues with the airline.

Also, a passenger can claim a refund for the inconveniences caused by overbooking flights, missing connecting flights, or flight cancellation because of the flight delay.

In most cases, the claiming process is always involving since you are required to contact the airline. While contacting the airline, you must state or mention the flight number, your name, flight date, boarding pass information regarding the problem related to flight delay or cancellation. The airline uses such information for confirmation purposes.

Nevertheless, Norwegian Airlines are known for not giving their passengers the appropriate due amount, flight reimbursement. If you have experienced such instances with this airline, then do not hesitate to contact indemniflight.

Indemniflight will ask you of the basic flight detail and the rest will be their responsibility. The company has claim experts, who can access the whole flight database, for instance, weather issues and technical problems that can make the flight cancellation or delay case become stronger against the airline.

For you to get the appropriate amount to claim, consider using the indemniflight compensation calculator, in which you need to enter your flight detail (date of the journey and flight number).

The fact that several passengers do not have appropriate information and knowledge about their rights, they avoid claiming reimbursement from the airline. Some passengers cannot claim reimbursement since they do not have time or avoid being involved in tiresome and complicated lawful procedures.

A passenger ought to claim reimbursement in case of denied boarding, flight delay, or cancellation. These airline flight disruptions are associated with several reasons, like aircraft decay, flight damage or flight failure. Boarding denials, postponed flights or overbooking flights are among the reasons that a passenger can consider to claim compensation from the airline.

How Indemniflight Can Assist You in Claiming Compensation ?

If you travel with this airline’s flight to or from Europe, using an EU based flight, but delayed for more than three hours, or the flight has been canceled and you have the booked ticket with the EU flight, you are eligible for reimbursement for the issues that the airline could control.

Indemniflight expects you to deliver to provide flight details (flight date and flight number) and the claim experts will consult and work with different teams to ensure that everything goes well.

Indemniflight can access flight detail, like the time that the delayed flight was to leave the airport, reasons for flight delays or cancellations, flight arrival and departure time to ensure that you get your reimbursement.

If you are experiencing any issue or have queries or complaints about the airline flight cancellations or delay, feel free to contact indemniflight through text, email or postal address. We can assist you to claim your flight reimbursement as fast as possible.

Calculate the Amount of Compensation

The fact that some passengers do not know their rights, they do claim futile reimbursement compared to what they deserve. At indemniflight, we calculate the appropriate or exact reimbursement using the compensation calculator. We also have claim forms that can be used to file your claim. In order to get your reimbursement from the airline, there is a need for entering further information about yourself and co-passengers. Indemniflight claiming procedures is always simple and you can give us the flight detail in less than 5 minutes, using flight checker. The company, indemniflight, is in a position of accessing all information about flight cancellations and delays; hence, claiming appropriate flight reimbursement, becomes easy, on your behalf. What is more, you will not pay for the claiming process done by us, though they will take a commission of 30% of the total reimbursement. This means that indemniflight must do everything to ensure you get your reimbursement. Contact the company’s customer service department for more information.

See more
Calculate your compensation in 3 clicks
You can estimate for free your compensation with our tool
Service free of charge
You pay only in case of success with a commission of 30% of the compensation.
Time saving
Avoid writing letters or hours over the phone
Our experts are taking care of everything
Maximise your chances of success thanks to the assistance of our experts

Our clients speak about us

We use cookies to guarantee you the best experience on our site. If you continue to use it, we will consider that you accept the use of cookies.Ok