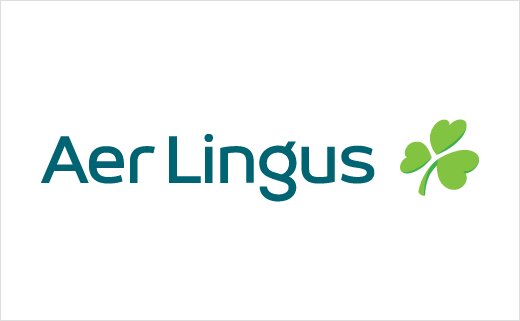 The sole reason for which indemniflight was set up is to settle compensation claims. It is no longer news that flights can be delayed or canceled. With this third party company, you’re now able to get your claims without stress. It is now convenient and fast. Within a few weeks of filing your case, you’ll get your claims.

Indemniflight is providing a huge relief for air passengers when it comes to getting their claims. You don’t have to make efforts to get your claims by yourself or via a lawyer. The company has the necessary mechanisms to help pursue your case to a logical conclusion. so, let’s go through what you need to do if your flight is delayed or canceled.

When your flight is canceled

Just like it has been previously stated, if the flight cancelation is solely the fault of the airline operator, they’ll be responsible for accommodating the non-local passengers.

On the other hand, if the flight cancelation is due to severe weather, Air Traffic Control decisions, strike, or something outside the jurisdiction of the airline, those accommodation privileges will not be provided. Aside from providing free hotel accommodation for passengers, some airlines help other passengers to find and book rooms at the nearest hotels.

When your flight is delayed

When it comes to a flight delay, there’s no obligation on the airline operator’s side to give a passenger anything. Airline operators, however, are fined a huge amount of money when passengers are stuck on board for three or more hours waiting for the plane to take off.

A lot of airlines defined a delayed flight as a flight that is more than two hours late. When a situation like this arises, passengers have a lot of options. As a passenger, you’re allowed to fly standby on another available flight. Also, you may be rebooked into a confirmed seat intending to take off within 24 hours of your original flight.

You should be aware, however, that you’re likely to wind up on a route that includes different nearby airports. So, if you’re not yet at the airport and you get wind of the delay, you can decide to go with the alternative of canceling the trip in its entirety and then request a refund.

Also, when flight delays occur, some airlines are more disposed to give out coupons for meals at the airport. These coupons are probably at a discounted rate or could even be free.

So, What Do You Do When Your Flight Is Delayed Or Canceled?

Several things may cause a delay in flights or even a cancelation. It can be disappointing as well as tiring, especially when you’ve been planning for that particular trip for a while or when you have an important appointment or event to attend.

Here are a few things you can do when you’ve booked your flight, and it was later canceled or delayed.

When you consider what the law has to say as regards your rights regarding canceled or delayed flights, you’ll probably find little or nothing to support your claims. The United States, for instance, does not have many regulations that entitle a passenger to any form of reimbursement in such circumstances.

What many airline carriers or operators have, however, is the Contract of Carriage. This contract clearly spells out what passengers are supposed to get in such instances. What the Contact of Carriage has within its books range from vouchers to refunds, as well as free accommodation.

It is different and passenger-friendly when it comes to flying in Europe or if you’re onboard a European airline. Passengers have plenty of rights. The Regulation EC 261/2004 clearly say that if the flight you’re onboard reaches its destination two hours late, or you’re denied boarding as a result of overbooking, the flight operators will reimburse you. A passenger is entitled to a compensation of between € 600–700.

In situations of canceled or delayed flights, the airline may not notify you of the fact that it has put you on the next available flight. You will need to call or check customer services as soon as you can to get an update on your flight status. In many scenarios, what airlines do is to rebook you on a different flight to your destination automatically.

Makes some calls as soon as you get the news

Ensure you make some calls as soon as the news regarding cancelation or delay has been relayed to you. In a situation where you’ve rented a car at your intended destination, notify the agency about the change in plans.

If you have a hunch that the flight delay might last into the night, and the airline isn’t agreeing to settle your hotel bills, it will be better you book a hotel room for yourself.

While you’re seated with your luggage close by, you can do some research on your own. You should endeavor to check the U.S Department of Transportation for its travel consumer’s report. This report will supply you with a monthly rundown or breakdown of the reasons behind the delay in flights by every airline operator.

Also, a list is maintained by the Bureau of Transportation Statistics. This list monitors the causes of flight delays and also lists delayed flights chronically.

Wait before you complain

The regulations governing flight delay say a flight is regarded as being “delayed” when it doesn’t take off for at least three hours. So, if the three hours threshold hasn’t been attained, ensure you do not complain.

You’ll be wasting everybody’s time as well as yours if you keep up the complaints. If you’ve purchased your travel insurance, the policy will be activated about four hours after the flight delay. You can call the insurance company at the expiration of those three hours to see what you’ll get. This will ultimately depend, however, on your insurance provider and the kind of policy you bought.

Stay awake and be attentive

There have been several instances where a carrier will announce that a flight delay will last for 3 hours, but it may suddenly announce that boarding will be happening soon. Find someone close by to wake you up if you feel tired to the point of taking a nap. Otherwise, you need to remain awake.

If you’re in a situation where your flight is delayed before getting to the airport, you should get to the airport as you’ll do if the flight was leaving on schedule.

Travel protection benefits and perks come with some credit cards in the event of a flight delay. Some of those credit cards have packages that reimburse their customers if a flight is delayed for a certain duration of time. If you’ve always used that credit card to book tickets, they are likely to refund you on this particular ticket.

How do you get your claims if your flight is canceled or delayed?

On issues bothering on canceled flights, the EU Regulation 261/2004 has already spelled out what passengers are entitled to. However, only about 2 percent of air passengers that are qualified can successfully claim their compensation annually.

What that translates to is that the remaining 98 percent are in ignorance about their entitlement regarding canceled flights. This part of the article is hoping to help you claim what is due to you by the airline operator. You can claim your compensation on your own, via a lawyer, or finally through a third party company like indemniflight.

What if you’re on your own?

Here are several steps to take.

Get in touch with the airline

In such a situation, the first thing you’re expected to do is to contact the airline that operates the flight instead of the company where you booked the flight. Ensure you reach out to them in an appropriate way.

Although some airlines require you to fill an online form, others will request that you contact them via their postal address. The easiest way is, however, via email.

Your letter or form to the airline should contain a description of what happened, how much money you’re entitled to for the disruption in flight, as well as the appropriate quote from the EC 261 or the EU Regulation 261/2004.

If you feel unsatisfied with the conduct of the airline, you can consider taking further actions to get your claims. There are several ADRs to contact. If you contact one and get a favorable ruling, the airline themselves are bound to obey the judgment. Also, you can contact the NEB; be aware, however, that their ruling isn’t binding.

Your choice of a regulator will depend on the country in which the airline is based, and on your itinerary. Finally, you can also decide to take the issue to court if the airline operator refused to pay.

Going through a lawyer can be time-consuming since you’ll require a sort of a forum to meet and discuss the circumstances leading to the flight delay or cancelation. Finding a lawyer who is specialized in air passenger rights as well as compensation claims under the EC 261 may prove to be difficult.

When you factor in all these limitations going through a lawyer brings, your other alternative is to go through indemniflight, who is a seasoned company in handling all compensation claims.

Through a third party

What you get when your flight is delayed ?

When you’ve been cleared by a checker at the airport and your flight is delayed for two or more hours, you’re entitled to food and drinks that are in direct proportion to the duration of delay, accommodation and journey to and fro the airport, and access to phone and emails.

In a flight delay of three hours or more, you get to have the same thing as those that had their flights delayed for two or more hours. In addition to those, you’ll also get compensation based on the distance of the journey, as well as the length of the delay.

For a flight delay of about five hours or more, passengers are entitled to a full refund of their flight, a flight back to their airport of departures at no cost at all, and so much more.

To wrap it up

So, now you know what to do when your flight is either delayed or canceled. Contacting a third party company will be your best bet to getting your compensation claims. The expertise and experience of Indemniflight allow you to get the best possible hands to handle your case. With Indemniflight, there’s a higher probability of success.

Prev Next
Calculate your compensation in 3 clicks
You can estimate for free your compensation with our tool
Service free of charge
You pay only in case of success with a commission of 30% of the compensation.
Time saving
Avoid writing letters or hours over the phone
Our experts are taking care of everything
Maximise your chances of success thanks to the assistance of our experts

Our clients speak about us

Trustpilot
Your flight has been delayed or cancelled? Enforce your rights
Save time and maximise your chances to be compensated by entrusting our experts to deal with your case for flight delayed for free. In this case, nothing complicated, just few steps fully dematerialised. All start by clicking on the link below:
Estimate your compensation

We use cookies to guarantee you the best experience on our site. If you continue to use it, we will consider that you accept the use of cookies.Ok